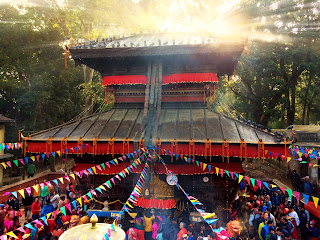 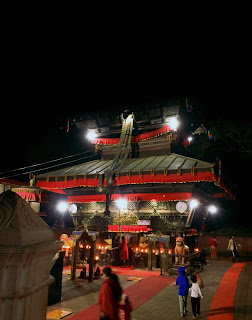 Besides the many significance of the temple, it is also popular for its remarkable scenery of forest and natural habitats. People visit this area for a picnic, sightseeing, bird watching, refreshment, scientific research, and so on.

Posted by Sanish Shrestha🇳🇵 at 4:02 AM No comments: 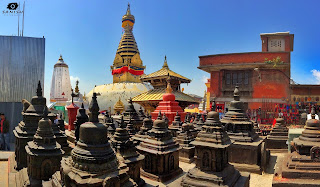 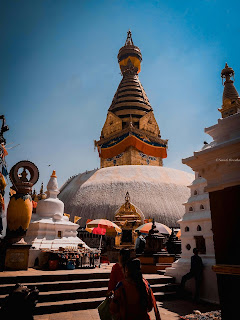 But a year ago when I and my friends decided to go swayambunath temple to eradicate our boredom and to free from that stressful strike, as we reached there we experienced a peaceful, silent, noiseless Swayambunath. That was unbelievable. The place which often full of crowed people was quite that day, only local people and priests were there. Those fresh and peaceful natural surroundings make me feel like a paradise. And that fresh air in swayambhu hill was also mesmerizing. The monkeys of swayambunath were also admiring that peaceful environment with bliss. They were roaming over a wide area of swayambunath without any disturbance. 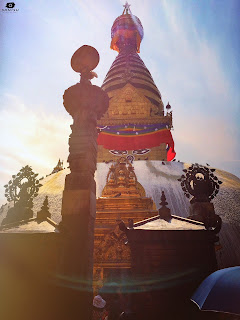 I wish the swayambunath temple had this kind of peaceful environment every day.

Posted by Sanish Shrestha🇳🇵 at 10:47 PM No comments: